Presently, Microsoft Dynamics NAV 2013 is available as beta, and is expected to go live in its final version at the end of 2012. With Dynamics NAV 2013, Microsoft is updating its Business Management solution for small and medium-size enterprises through new features on which we inform you on current basis on this web site.

The forthcoming version of the product is expected to appear on the turn of September/October 2012, and will be called Dynamics NAV 2013.

Beside the renewed core functionalities, the most recent, at that time, version of Navision will be expanded by new cloud options. A great deal of attention is also attracted by the new Web Client that enables the presentation of Navision in Internet Explorer and need not an installed client on the PC any more. In this way, Microsoft consequently continues following the stage introduced in the up-to-date 2009 version to the 3-tier-technology. Thus, the most important innovations in the forthcoming version are as follows:

Besides, Microsoft Dynamics ERP RapidStart Services will also be availabe for the forthcoming version of Navision. The setup process of the system is supported by the RapidStart Services through corresponding tools, and thus simplified. Owing to the use of RapidStart, the expenditure of time for the implementation can be reduced.

Microsoft Dynamics RapidStart provides an overview of the setup process , taking into account the information that is needed for the use of the system. Additionally, it will be possible to make a selection from a range of existing data templates so as to speed up the configuration. Thus, to give an example, there are templates with generic data, such as, e.g., postal codes, currencies, countries, and much more.

Information for the User

Microsoft publishes, on regular basis to its Dynamics partners, the scheduling for the corresponding forthcoming years. This is also included in the present-day statement by the Management. In this outlook, designated as the „Roadmap”, the scheduled focal points are demonstrated for the still forthcoming versions.

With the forthcoming version of Dynamics NAV 2013 (here depicted in the figure as NAV 7), Microsoft, in fact, remains in terms of time slightly behind the original schedule, however, it keeps its word with regard to the technical developments. Dynamics NAV will also be permanently further developed in the forthcoming years and expanded as modern software. At the same time, the full integration with the Microsoft product range will be spotlighted and much value will be assigned to the simplicity of the operation.

Microsoft Dynamics NAV 2013 enables the use of three various clients

For the so-called Windows Client, this concerns the successor of the Role-Tailored Client introduced into Microsoft Dynamics NAV 2009. The Client was again further developed for the most recent Dynamics NAV Version and improved in the handling. In Dynamics NAV 2013, it is designed as Standard Client.

The new Web Client will enable, in the future, the access to the information from the ERP database of an enterprise without an expensive programme installation on the terminal device. After that, the Microsoft Enterprise Resource Planning System can be globally implemented on almost every web-enabled computer, laptop or smartphone. 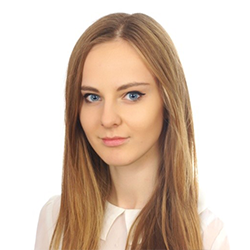